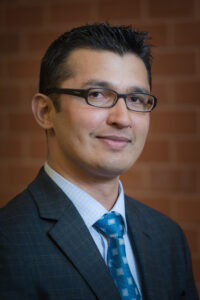 Farid is a doctoral candidate at the Factor-Inwentash Faculty of Social Work. His research “Exploring Dynamics of Race-Based Discrimination and Exclusion at Work: Lived Experiences and Perspectives of Racialized Civil Servants in the British Columbia Public Service” is currently ongoing.

Farid holds an Ontario Graduate Scholarship and has previously held a fellowship from the Canadian Institutes of Health Research (CIHR) Strategic Training in Public Health Policy through the Dalla Lana School of Public Health at the University of Toronto, the Royal Bank of Canada (RBC) Fellowship through the Centre for Applied Social Research (CASR) and the Joseph-Armand Bombardier Canada Graduate Scholarship from the Social Sciences and Humanities Research Council of Canada (SSHRC).

Farid has a broad range of academic and professional experiences, inside and outside Canada. He has assisted with, and managed, a number of research endeavours at the University of Toronto and elsewhere. In British Columbia, he has worked with the provincial government as a policy analyst as well as in performance audit with the legislative audit office in the province. In Ontario, he managed a program delivering aid to Government-Assisted Refugees through COSTI Immigrant Services, a non-profit charitable organization in the Greater Toronto Area. Overseas, Farid has worked with the United Nations High Commissioner for Refugees (UNHCR) and the United Nations Children’s Fund (UNICEF).