Shortly before the pandemic, social work professor Stephanie Begun put up some flyers for a free improv workshop at a Toronto homeless shelter for youth. She was taking a risk on an idea she’d been toying with for years: that participating in improv might benefit vulnerable populations. The exercise was a big success, leading to more workshops and paving the way for research about the potential role of improv in social work interventions.

“I expected maybe half a dozen people to show up for that first class,” says Begun, an assistant professor at U of T’s Factor-Inwentash Faculty of Social Work. “I couldn’t believe it when about 30 came out. Not only that, but their response was so positive. At that point, I knew we might be on to something.” Begun’s research focuses on improving the health and wellness of marginalized youth, including those experiencing homelessness. While she had limited personal knowledge of improv theatre, she was involved in the performing arts growing up and her children went to improv summer camp.

“I loved drama and performance when I was young, and my kids got so much out of their camp,” says Begun, who is also co-founder and co-director of U of T’s Youth Wellness Lab. “I kept thinking, why aren’t we offering this outlet to other groups of young people who don’t have access to these opportunities? I’ve seen so much brilliance and creativity in these youth through my research. Yet they have so few chances to engage in creative expression that makes them feel good about themselves.”

After the test workshop at the shelter, Begun designed a pilot project funded by the Social Sciences and Humanities Research Council to explore how improv might foster self-esteem, social connectedness and confidence in marginalized youth. She partnered with The Second City Toronto, an improv and comedy theatre company that provided a facilitator, as well as an after-school program that engages adolescent and teen young women, and a local shelter for youth and women experiencing homelessness.

In the first phase of the project, Begun delivered an online improv workshop series to young women of colour in the after-school program. “At the time, they were in online school and feeling socially isolated,” she says. “Several of them were very reluctant to try improv because they felt it didn’t suit their introverted personalities, or it simply scared them. Yet when we interviewed the participants in the end, the ones who had been most nervous were the ones who thrived.”

The participants’ feedback affirmed Begun’s belief that improv could cultivate confidence in this group.

“I didn’t think that I would be very good at this, but I really surprised myself,” said one participant. According to another, “I think improv is really extra good for young women, as we struggle so much with our self-esteem and with being afraid to take risks. So it is really, really great to focus these activities and ideas on us, because girls and young women around my age really need boosts like this.” 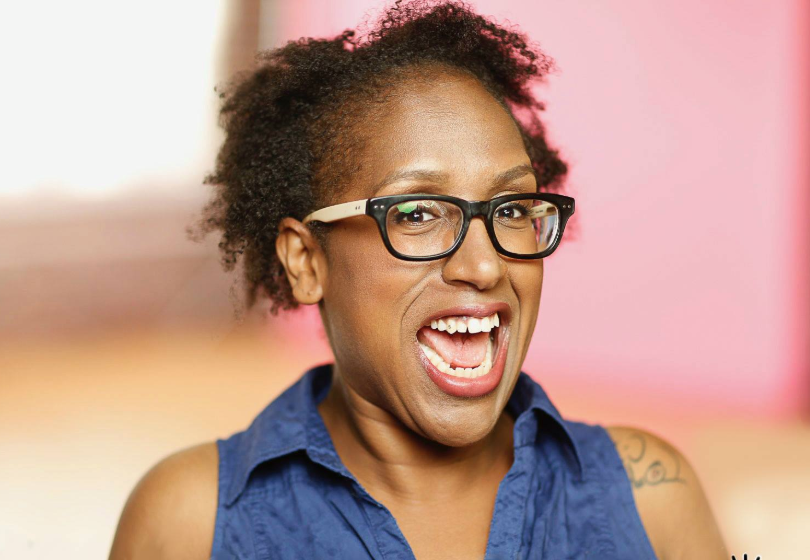 For Daphney Joseph, the artist, producer and Second City improviser who led the workshops, these responses weren’t surprising. “Improv makes you a more positive person because it relies on the ‘yes, and’ philosophy, which means agreeing and adding onto someone’s idea,” she says. “When everyone supports each other’s ideas, it creates an environment where everyone feels safe enough to take bigger risks.”

The second phase of the project took place on a warm afternoon this fall at a park in Toronto, where women-identifying residents from a nearby homeless shelter took part in a two-hour workshop. Again, the participants’ responses were overwhelmingly positive.

“These amazing women have to improvise every day just to get through life without a home,” says Begun. “But improv workshop activities gave them a break from their stressors and traumas, and they could just laugh and experiment.” Improv is also an equalizer, she says. “No one has an advantage, no matter your education or place in the world. The women said that seeing me jump in and join the activities meant a lot because the activities were clearly just as new and unknown to me as they were for them.”

In follow-up phone interviews, the participants said the workshops created new social connections at the shelter and provided a much-needed injection of fun and humour in their otherwise harsh lives. “It got me right out of my head and out of all my anxiety and all my worries,” said one. “I felt like I was me again, for the first time in years.” Another commented, “I needed to be able to raise my voice and be heard. It made me feel important and creative.”

Based on the preliminary results of the pilot project, Begun hopes to pursue future research that will quantify improv’s benefits for marginalized youth. “I see so many possibilities for embedding improv in prevention and intervention programs,” she says. “Not that it would ever replace therapy and other tried-and-tested ways of helping, but it allows young people in tough situations to be social, creative and lighthearted — and it seems that these experiences lead to meaningful realizations in nearly anyone who gives improv a try.”