Posted on July 22, 2021
Categories: Alumni in the News, Carmen Logie, Faculty in the News

In 2018, social work professor Carmen Logie put on a virtual reality headset for the first time and watched a short film about a Liberian woman’s experience in the Ebola epidemic.

“It was a life-changing moment,” says Logie. “I felt like I was there with her. It was such a powerful way to develop empathy. I immediately started thinking about how I could use this amazing technology in my work on health equity.”

She began investigating VR’s health-care applications and quickly discovered a solid body of evidence from high-income countries around its mental health-care benefits, specifically in improving mood, reducing stress and teaching self-care. “But there was no evidence on how it could help in low-income countries or humanitarian contexts,” says Logie, an associate professor in the University of Toronto’s Factor-Inwentash Faculty of Social Work.

She decided to change that. 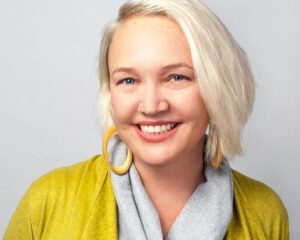 Three years later, Logie is launching the first known study of a VR intervention focused on mental health in urban refugee and displaced youth. Working closely with youth and local community partners in Uganda, which hosts the third-largest number of refugees of worldwide (alongside Turkey), her team will develop a VR experience aimed at improving mental health literacy, reducing mental health stigma, and decreasing symptoms of depression.

In addition to VR, the new study will evaluate other mental health interventions delivered via text messaging and web-based applications, alone and in combination with VR. These will include Psychological First Aid, a World Health Organization approach that trains laypeople to provide practical support and care.

The specific VR content will be based on interviews with the youth and community partners to understand the key factors that influence their mental wellbeing and strategies they find effective in managing stress. The plan is to co-develop a 30-minute VR session. Half the session will be devoted to a youth describing what it’s like to live with mental health challenges. 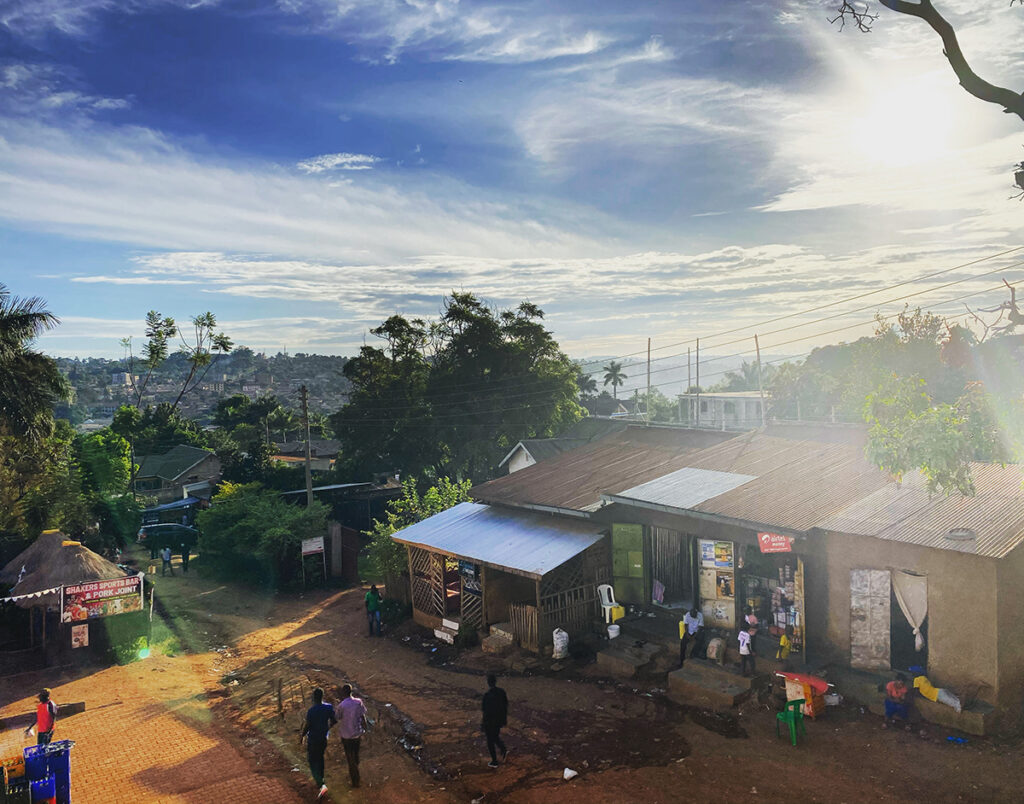 Photo of roadside in Kampala, Uganda, courtesy of Carmen Logie

“They might be walking through their community talking about their depression and how they’ve felt stigmatized,” says Logie. “Then maybe they’ll demonstrate some of the self-help approaches they’ve learned and how they access formal mental health support.” Users will be immersed in the storyteller’s 3-D real-life environment.

The second half will be interactive, allowing users to choose an avatar and practice coping strategies in virtual settings. Naimul Khan, director of the Ryerson University Multimedia Research Lab and an expert on designing user-centred VR systems, is leading the VR design, development and implementation.

Mental health concerns disproportionately affect refugees and internally displaced individuals. And although 40 per cent of the more than 80 million displaced people globally are under 18 years old, Logie says most studies on mental health interventions have focused on young children and adults.

“There’s a knowledge gap around what works with adolescent refugees that we want to help fill,” she says. “We also know very little about mental wellbeing among refugee youth living in urban areas, rather than formal refugee settlements, or camps.”

Urban refugees tend to be overlooked because they’re more dispersed, yet they confront unique pressures beyond the trauma of war and losing their homes. Unlike in the camps, where people receive at least some food, sanitation and shelter, urban refugees rarely have adequate access to these essentials.

Logie says it’s been a long and somewhat bumpy road since the VR idea first sparked. Soon after, she brought a headset to Uganda so her research collaborators could try it out. “They had the same reaction as me: we’ve got to find a way to use it,” she says. Yet securing funding for a novel investigation of a relatively leading-edge technology wasn’t easy. “I was getting the message from grant application reviewers that VR was more suited to high-income countries.”

Logie acknowledges that it’s vital to adapt technology requirements to suit low-income contexts, but says the cost of VR headsets – which can be sanitized and shared at community agencies– continues to fall. “Why shouldn’t somebody in a refugee camp or slum access a digital tool that someone in Toronto is using to boost their mental health?”

Grand Challenges Canada, an agency funded by the Canadian government and other partners, agreed, awarding the study $250,000 through their Global Mental Health Program. It’s the third project of Logie’s that they’ve funded. Despite considerable obstacles related to the pandemic, Uganda’s unstable political climate and unreliable internet access, Logie says the research is ready to launch. The interview process will begin later this summer, VR development will take place through the fall, and the VR intervention will be implemented and evaluated in Kampala starting in the new year.