Upon completing a two-year post-doctoral fellowship at Duke University, Harry Taylor joined the Factor-Inwentash Faculty of Social Work this year as an assistant professor — adding to the Faculty’s rich network of gerontology scholars. We asked him about his research on social isolation and loneliness among older Black American adults, the role social workers can play in addressing the health outcomes associated with social isolation and loneliness and how he hopes to advance his research and teaching at the University of Toronto. 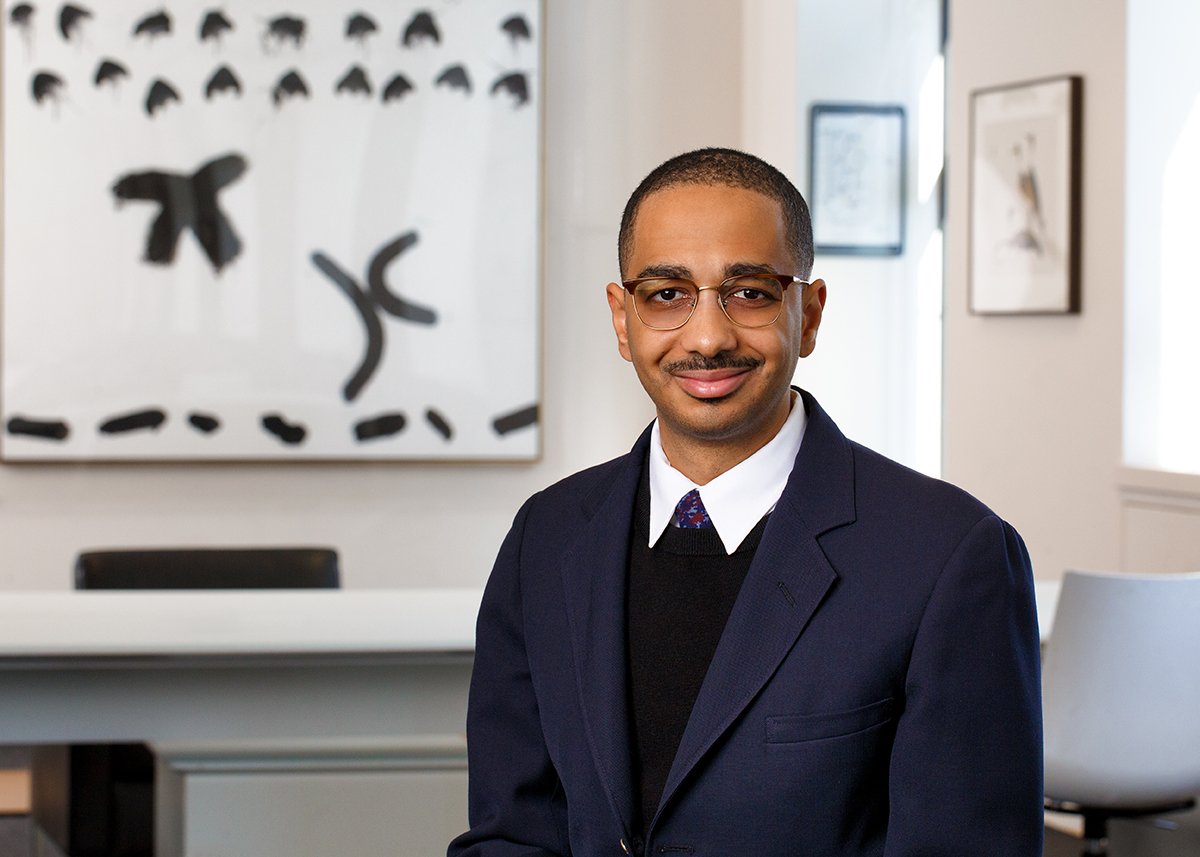 Was there an “aha moment” that made you realize the impact that you could have in this field?
Working under someone’s wing and being supported in this way was a huge deal for me. But I think the turning point was when there was an older woman in the hospital whose blood pressure dropped to a really low level. She had her granddaughter with her, and there was no one to take care of her at the time so I stepped in. After that I realized how important it is for families and society to understand what older adults are going through, particularly Black minority adults. That was the turning point where I was like, okay I’m all in.

How would you describe your main research focus?
I study social isolation and loneliness, with a specific focus on older African American adults, but I also look at the entire population. Social isolation is when you have a lack of contact with people. It can be tangibly measured by how often a person interacts with others, whether in person, on the phone, through letters or through social media, which is a burgeoning area of research.

Loneliness is a related construct, but different. Loneliness is essentially when you feel alone, even when you are with other people. You can be in a room with a hundred friends and family members but still feel alone if you sense that there is no one there who supports you or cares about you. There is an overlap between social isolation and loneliness, but those who are socially isolated are not necessarily lonely, and those who are lonely are not necessarily socially isolated.

Social isolation and loneliness are related to almost every health outcome you can think of. For example, there are studies coming out now that have found that loneliness is associated with worse cognition over time. Social isolation is also highly related to mortality, so if you are isolated you are more likely to die sooner. That’s a really important thing to recognize.

There has been an increased awareness of the negative impact of social isolation during COVID-19; what have you observed as an expert in this area?
Social isolation and loneliness are now on more people’s radar. Before, it felt like one of those things that people think you only need to worry about when you are older or if you are on social media too much. But truth be told, it affects everybody in different ways. I think COVID really brought that to the fore. A lot of people became more socially isolated and lonely, especially if they lived alone. It seems that social isolation and loneliness peaked earlier in the pandemic, but then levelled out as people readjusted to a new normal and learned to connect with each other through different means. Before, it was a hot topic, but now it’s a burning hot topic. It will be a shame if we revert to the norm of not really addressing it again.

Your work focuses on older Black American adults. How have health and mental health care services addressed the needs of this population?
My parents and I just published a paper for Public Policy & Aging Report that talks about social and health equity for Black American older adults and racism over the life course. We noted that during COVID-19, a lot of issues were brought to the forefront. COIVD-19 shined a light on what racism looked like throughout the world, notably the United States with the death of George Floyd. We know that racism persists across the life course and is embedded in almost every single social and political institution in society. These things have been simmering to the surface for a while now, and the pandemic forced everyone to realize that they are still happening.

When you look at the use of healthcare services among African American adults, in some ways it is less, not because there is not a need there, but because there is a lot of mistrust due to abuses of power, such as the Tuskegee study, where Black men were infected with syphilis in the early to mid-20th century. There was no reason to do these experiments, and they really harbored distrust of healthcare services to the point where some are still hesitant to get the COVID-19 vaccine.

Racism influences your social networks and social support systems. People who live in environments that are predominantly populated by those of another race and feel that they have experienced discrimination or racism may feel lonelier and might isolate themselves in order to protect their mental health and wellbeing. It’s a complicated topic, to say the least, but I would like to do more research into how racism influences social networks.

What role can social workers play in addressing social isolation and loneliness?
There are multiple facets to social isolation. For example, older adults are sometimes socially distanced from their adult children. They might not be able to physically take part in community or social group activities where they can meet people. Or they could be living alone. Social workers have to understand their clients’ unique positions and perspectives, as well as the social dynamics at play in their lives. One way to do this is by mapping their relationships and looking at whether certain networks may be causing harm or are a source of strength. If you are recovering from a substance use disorder, for example, certain relationships could have a negative influence on your health and wellbeing. Understanding these social dynamics are key to determining the types of interventions that may be helpful. Group-based or individual therapy can help building understanding of what dynamics need to change in order to make a relationship work.

More research needs to be done to figure out ways to promote healthy social interactions. Those who suffer from loneliness, may need to tackle maladaptive social cognitions, which social workers can facilitate through evidence-based cognitive behavioral therapy or dialectical behavioral therapy — both of which can address how you see or perceive things and your resulting behaviour. Loneliness can be a spiral, and maladaptive conditions can reinforce each other over time. For instance, if you assume that someone who is smiling and nodding when you speak is making fun of you, that is an example of a maladaptive cognition. If an individual doesn’t fix those maladaptive cognitions, they can become lonelier over time.

A lot of your work has been based in the U.S.; do you plan to expand your research to include populations in Canada?
My goals are to understand the Canadian context, especially for older adults. This is a different country, with a different history and different understanding about what being an older adult is. I want to really understand social isolation and loneliness from this context, while continuing to look at the U.S. I’m also interested in potentially doing some international comparative work to understand how social infrastructure and social institutions influence social isolation and loneliness in older adults in different countries. Income, for example, is a really strong driver of social isolation and loneliness. The more money you have, the less likely you are to be socially isolated or lonely. If a country has more equitable social infrastructure and social institutions, it’s possible that the differences might not be as wide.

What are you teaching this year? What messages do you hope to impart to your students?
This fall, I’m teaching social work theory, which is a foundations course that all first-year students take. In the winter term, I’m teaching research methods. Working with students is one of the most rewarding aspects of this career. There are so many daunting issues challenging us, and they are the future of our social work profession. I encourage my students to really understand all forms of social work and how they can be change agents in their own communities. We have the pandemic, and we have environmental degradation and climate change, which is on a lot of people’s minds. Social isolation plays into that as well because socially isolated adults who experience events such as extreme heat and other adverse effects of climate change are more likely to die. Understanding those dynamics and the impact of other big issues, such as war and poverty, is vital. I think social workers have a valuable role to play in how we address these global challenges.