“2SHAWLS was born from the experiences of Indigenous community providers who were frustrated with the ongoing focus in research on the perceived dysfunction, harm, suffering, and pathology among two-spirit people living long-term with HIV,” write the researchers in their introductory essay. “Community providers working with many long-term HIV-positive two-spirit men report they are doing very well, but the voices and experiences of these men are rarely represented in the research literature.”

The project’s researchers also include Georgi Georgievski, a social worker at Bridgepoint Active Healthcare and PhD student at FIFSW; and Chavisa Horemans, a national research coordinator at the CIHR Canadian HIV Trials Network.

The articles that appear in the journal include a study on the resilient journeys of long-term HIV-positive Two-Spirit men and the ways that HIV services could be adapted to better suit them, as well as a scoping review of how resilience in this population has been examined, described, and/or supported in past literature. The researchers also shared a discussion of the community-based academic partnership that they formed, which privileged Indigenous knowledge and resources and an examination of the lessons they learned in developing and executing the study.

“The research team was a blend of HIV-positive two-spirit/gay/bisexual men who are living long-term with HIV and settler academics,” wrote the researchers in their essay. “This created opportunities and challenges to be able to teach each other about what our world views are, how we come to understand the world, and how we can seek to create change to better represent the needs of two-spirit men living long-term with HIV.”

> Click here to learn more about the Journal of Indigenous HIV Research (JIHR) and find links to the 2SHAWLS publications. 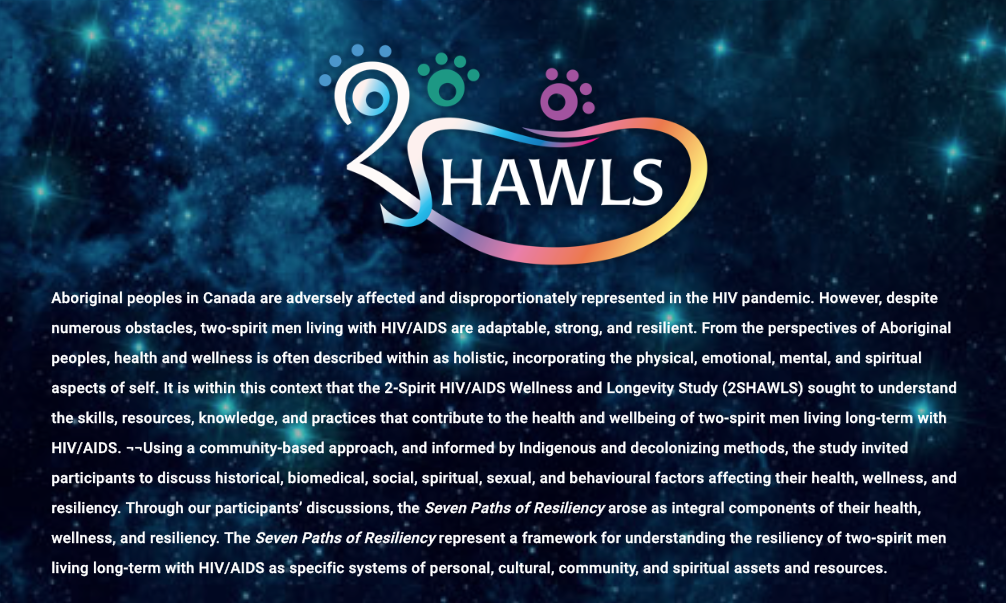