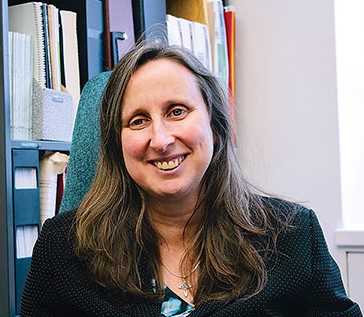 Esme Fuller-Thomson has been Director of the Institute for Life Course and Aging since 2016. She is a full professor with cross-appointments to the Department of Family & Community Medicine and the Faculty of Nursing. She joined the FIFSW in 1995.

Esme’s research has also had an influence outside the academic community. Her research on disability and poverty was discussed in Time Magazine’s cover story (12/04/06) on “This Year in Medicine”. Her studies have been featured in all major wire services and in hundreds of newspaper articles on five continents including front page articles in The Chicago Tribune and The National Post and front of section articles in The Wall Street Journal and The Globe and Mail. Esme’s research was profiled in a television documentary on CBC’s The National. Her research on the housing needs of American grandparent caregivers provided the background for testimony to the U.S. Congress. She held the Sandra Rotman Endowed Chair in Social Work from 2009-2019, and was the I. Anson Assistant Professor from 1995-2002. Esme is a Fellow of the Gerontological Society of America.

– Esme panelist on “The Future of Health Care in an Aging World” session presented by the Sandra A. Rotman Centre for Health Sector Strategy at Rotman

– Globe & Mail article on The Truth About Teen Drinking (October 2016)

– CBS TV and the Toronto Star features Esme’s research on the link between parental divorce and men’s risk of stroke.

– Research by Esme Fuller-Thomson was featured in the New York Times report, “Sons of Divorce Fare Worse Than Daughters “, January 25, 2011.

– Esme Fuller-Thomson appears on TVO’s, The Agenda with Steve Paikin to address Boomers and Elderly Care.

– Listen to Esme’s interview on her research showing a link between parental divorce and stroke for BBC Radio’s World Service News (November 22, 2010).