To many, elder abuse — or elder mistreatment, as it is increasingly known — seems like something that happens in other families. But a new study of older adults published in Jama Network Open by David Burnes of the University of Toronto and colleagues at Cornell University and Weill Cornell Medicine underscores that this isn’t a realistic view.

In fact, it reveals that more than one in ten New York State residents aged 60 or older are likely to find themselves in an abusive situation over a ten-year period.

Completed in two waves over the course of a decade, it’s the first general population-based longitudinal study on the topic of elder abuse that looks at incidence and risk factors — and, as a result, the first to be able to draw inferences about the likelihood that an older adult will experience abuse for the first time. The study’s findings will help professionals in the field of gerontology better identify risks and employ strategies to prevent elder mistreatment in the future. 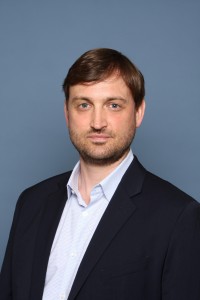 “Victims of elder abuse have higher risks of premature mortality and poor physical and mental health, as well as higher rates of hospitalization and emergency room usage,” says Burnes, an associate professor and associate dean, academic at the Factor-Inwentash Faculty of Social Work. “Elder abuse is now recognized as a serious and prevalent problem affecting older adults by the Canadian government, provincial governments, WHO and the CDC. It’s an issue that’s important to address and understand.”

Burnes is well aware that elder abuse is not just something that happens rarely or to “other families”. He was drawn to specialize in gerontology — and elder mistreatment in particular — in part because of his grandmother, who experienced abuse in a nursing home.

“I became involved in helping to address the situation. It was heartbreaking.” says Burnes. “It’s at the root of why I became interested in studying elder abuse and working toward effective prevention responses.”

Unfortunately, Burnes’ experience is not unusual.

In order to study elder mistreatment longitudinally (over a period of time), a first wave of data collection was carried out in 2009 with a random sample of 4,156 New York State residents who were in their 60s or older. The subjects were English- or Spanish-speakers who were “cognitively intact” and living in the community. Ten years later, the researchers conducted a second wave of interviews with 628 of the original respondents. (Because of the age group they were dealing with, many had died or were no longer able to carry out an interview.)

“What makes our research unique is what it has revealed about ‘incidence’ — that is, the likelihood that someone will become abused for the first time now — and about the factors that likely lead to a higher risk of abuse,” he says.

In the end, the researchers determined a ten-year incidence rate of 11.4%.

“That’s a lot of people; that’s a big, big problem,” says Burnes. “We actually believe that that is an underestimation. When you’re doing survey research, people tend to under-report personal problems.”

Burnes says that victims of elder abuse do not tend to seek help or report their abuse to formal support services either. They may fear being sent to a long-term care facility, or they may not want to threaten their relationship with an abusive family member, such as their child, grandchild or spouse.

The study’s researchers — which, in addition to Burnes, include Karl Pillemer and John Eckenrode of Cornell University’s Department of Human Development and Mark Lachs and David Hancock of Weill Cornell Medicine’s Division of Geriatrics and Palliative Medicine — defined elder mistreatment as “an intentional act or lack of action by a person in a relationship involving an expectation of trust that causes harm or risk of harm to an older adult.”

The researchers looked at five different areas of mistreatment: financial abuse or exploitation; emotional or psychological abuse; physical abuse; sexual abuse, and neglect. Financial abuse was most common, with a ten-year incidence rate of 8.5%. The rates for the other types of abuse were 4.1% for emotional abuse, 2.3% for physical abuse and 1% for neglect. There was no reported sexual abuse among those surveyed.

Because the study took place over 10 years with more than one wave of data collection, the researchers were able to identify factors that increase the risk that someone would become a victim of abuse with a higher degree of causal inference. Those who experienced poor health, for example, were more likely to experience abuse across nearly all areas of mistreatment. Race was also a key factor, with Black older adults at increased risk of financial abuse in particular. This disparity requires urgent attention, say the study’s authors, especially given that Black older adults are disproportionately represented among those experiencing poverty. Older adults who transitioned to living alone over the ten-year period were also at heightened risk of financial abuse.

“Given the scope of the issue, the development of prevention programs to forestall abuse and programs to support those who experience mistreatment are urgently needed,” says Burnes.

by Sarah B. Hood