Cross-posted from the Canadian Longitudinal Study on Aging website.

Every year, hundreds of thousands of older adults from all walks of life suffer from elder abuse. A recent study using data from the Canadian Longitudinal Study on Aging (CLSA) found one in ten adults aged 65 and older experience some form of elder abuse each year in Canada. The research, published online in Nature Aging, was led by Dr. David Burnes, an associate professor at the University of Toronto’s Factor-Inwentash Faculty of Social Work.

The purpose of the study was to examine elder abuse prevalence, as well as to identify risk and protective factors.

Using data from nearly 23, 500 CLSA participants collected over a three-year period, Burnes and his colleagues found: 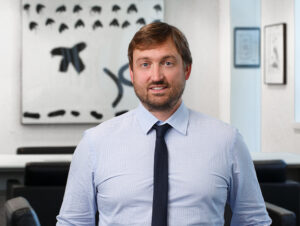 “Our findings may actually underestimate the true population prevalence because older adults tend to underreport personal problems such as family violence,” said Burnes.

One of the key findings from this study was that older adults who experienced higher levels of child maltreatment were more likely to become victims of elder abuse later in life.

“This finding suggests interpersonal/family violence should be examined and understood as a life-course issue, rather than organized according to discrete life-stage domains of childhood maltreatment, intimate partner/domestic violence and elder abuse separately,” Burnes said.

By using a large, representative dataset from the CLSA to measure elder abuse in Canada, the authors of the study were able to mitigate shortcomings of past studies, such as small sample size, cross-sectional design and convenience samples.