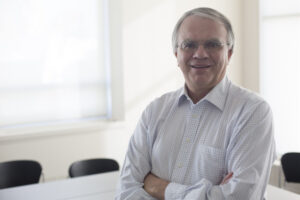 To book an appointment email david.hulchanski@utoronto.ca

David Hulchanski joined the Factor-Inwentash Faculty of Social Work in 1991 as a Professor of housing and community development and since 1997 holds the Faculty’s endowed chair in housing, the Dr. Chow Yei Ching Chair in Housing. He holds a cross-appointment with the Graduate Program in Planning, Department of Geography at the University of Toronto.

He led a team that completed a 5-year $1 million SSHRC funded study of socio-economic and ethno-cultural change in Toronto’s neighbourhoods in 2010. The key summary report from that project is:  The Three Cities In Toronto: Income Polarization among Toronto’s Neighbourhoods, 1970-2005. See:  http://3cities.neighbourhoodchange.ca. He is now the PI of a $2.5 million SSHRC Partnership Grant (2012-2021) focused on neighbourhood change in seven Canadian cities with international comparisons. Partners include local United Ways, social planning councils and other community agencies in the six Canadian cities. See:  www.NeighbourhoodChange.ca

David is a former North American editor of the journal Housing Studies. In 2013, he received a University of Toronto Award of Excellence, the Carolyn Touhy Impact on Public Policy Award. He served on a European Union research advisory board for a ten-nation project on immigrant settlement and inclusion (2013-2017). He currently serves on the international research advisory board of the UK Collaborative Centre for Housing Evidence.