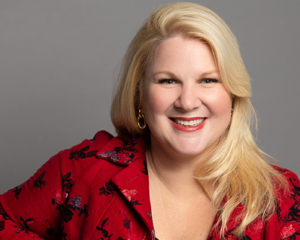 Laura Tamblyn Watts is the CEO of CanAge, Canada’s national seniors’ advocacy organization. Her work focuses on aging, inclusion, consumer rights and social justice. She has previously served as Chief Public Policy Officer at the Canadian Association of Retired Persons (2018- 2019) and in a number of positions at the Canadian Centre for Elder Law including as their long-time National Director (2004-2018). She currently teaches a course in Law and Aging at the University of Toronto (2012-current). Laura just completed her term on the Board of the Ombudsman for Banking Services and Investments (OBSI). Prior to joining OBSI’s Board, she Chaired OBSI’s Consumer and Investor Advisory Committee for 8 years. She is a Board member Elder Abuse Prevention Ontario, and is also a Board member of PACE Independent Living, a housing and services non-profit which provides attendant care to persons with physical differences.

She is a past Chair of the Canadian Bar Association’s National Elder Law section, where she sits as a current Executive member. She is a member of the Investment Funds Institute of Canada’s (IFIC) committee on Seniors and Vulnerable Investors (IFIC) and serves as a Canadian representative on the North American Securities Administrators Association (NASSA) committee on Vulnerable Investors. Laura is a continuing member of the Ontario Securities Commission’s Taskforce on Seniors. She helped to co-found Canada’s second low income seniors’ legal services centre, SeniorsFirst BC, located in Vancouver, and served as its first Legal Director. She received her undergraduate honours degree in Political Science from Queen’s University and her law degree with honours from the University of Victoria. She was called to the Bar in 1999. She received her certificate in bilingualism in 1991. She was awarded the Distinguished International Fellow Award from Stetson University Centre for Excellence in Elder Law and is a Canadian representative to the International Guardianship Network, and Fellow of the World Congress on Adult Guardianship.

Laura is the author of numerous papers on aging issues, and is a frequent media commentator.