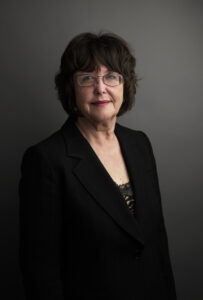 Dr. McDonald, Professor, Faculty of Social Work, University of Toronto, is Co-Director Director of the Institute for Life Course and Aging Collaborative Program in Aging, Palliative and Supportive Care, and Scientific Director of the National Initiative for the Care of the Elderly (NICE), dedicated to the inter-professional care of older adults. She has been leading the NICE Elder Abuse Team: Knowledge to Action research grant (2008-2011), the NICE Older Women and Financial Literacy grant (2010-2012), and a multi-layered project on Defining and Measuring Elder Abuse and Neglect (2010-2012). Dr. McDonald is currently leading several research studies, including a Public Outreach SSHRC grant on Financial Literacy and Custodial Grandparents (2012-2013), a SSHRC Partnership Grant on Engaged Scholarship: Evaluation of Knowledge Mobilization for Older Adults in the Community (2012-2018), and an HRSDC New Horizons for Seniors Program Elder Abuse Awareness Grant entitled a National Survey on the Mistreatment of Older Canadians, all beginning in 2012.

In 2002 she was awarded the Governor General’s Golden Jubilee medal for her contributions to Canadian gerontology. In 2007 she received the Betty Havens Award in Longitudinal Research for her contributions to research in aging. Dr. McDonald is a co-author of a major Canadian textbook, Aging in Contemporary Canada, 2nd edition (2008), and a number of other books and articles including one of the first Canadian texts on elder abuse. She has been a board director of the Canadian Association of Gerontology and served as Editor, Policy and Practice and Acting Editor, Social Sciences for the Canadian Journal on Aging. She also has been a board director of the Social Sciences and Humanities Research Council of Canada, a member of the Board of Accreditation for the Canadian Schools of Social Work and a member of the CIHR Institute of Aging, Social Dimensions of Aging Committee. In addition, her expertise has been sought by the Canadian Senate, Special Senate Committee on Aging, in the preparation of their report on Canada’s Aging Population: Seizing the Opportunity; and by the National Judicial Institute as a speaker for their conference on Judging Women; Aging, Mental Health and Culture.

Dr. McDonald has a long history of teaching excellence, and conducts graduate courses at both the Factor-Inwentash Faculty of Social Work and the Institute for Life Course and Aging. In her capacity as Professor and as Principal Investigator of multi-million dollar grants, she has taught and trained hundreds of graduate students and served as supervisor or thesis committee member to dozens of doctoral and masters students.

Dr. McDonald has been interviewed and featured in radio, and television, as well as in the University of Toronto’s EDGE magazine in an article on the challenge of the aging boom (Fall 2011, Vol. 13, No. 2).