Posted on January 18, 2021
Categories: Alumni in the News

Cindy Blackstock, who received her PhD from Factor-Inwentash Faculty of Social Work in 2009, is on this year’s list of “50 Canadians who are breaking ground, leading the debate and shaping how we think and live,” selected by Maclean’s magazine. Blackstock, a member of the Gitksan First Nation and doctor of social work, has championed the rights of Indigenous kids for decades. She serves as executive director of the First Nations Child and Family Caring Society, whose litigation against Canada has secured hundreds of thousands of services for First Nations youth. Its landmark victory at the Canadian Human Rights Tribunal in 2016 ordered the federal government to immediately end discriminatory practices, recognize some 165,000 First Nation children’s right to access federal support on par with their non-Indigenous peers and compensate children shortchanged by a two-tier system.

The feds are now required to fully live up to the child-first Jordan’s Principle—named in memory of Jordan River Anderson, a boy from Norway House Cree Nation who died at age five after spending years in hospital waiting for Manitoba and Canada to stop arguing over who should pay for his at-home care. Yet the system remains inert, and governments recalcitrant. Blackstock and her colleagues have had to rely on legal non-compliance motions to force change. Each motion brings a new wave of litigation.

> Click here to read the full article in Maclean’s. 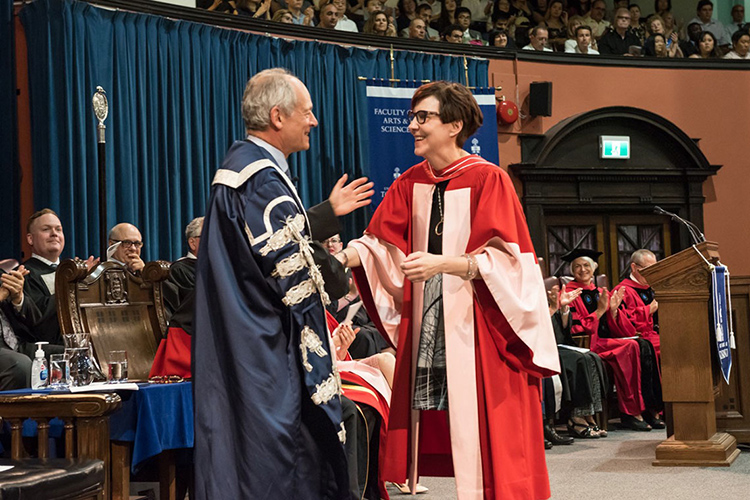 Blackstock received an honorary degree from the University of Toronto for her outstanding service in 2018 and is a professor at McGill University’s School of Social Work.