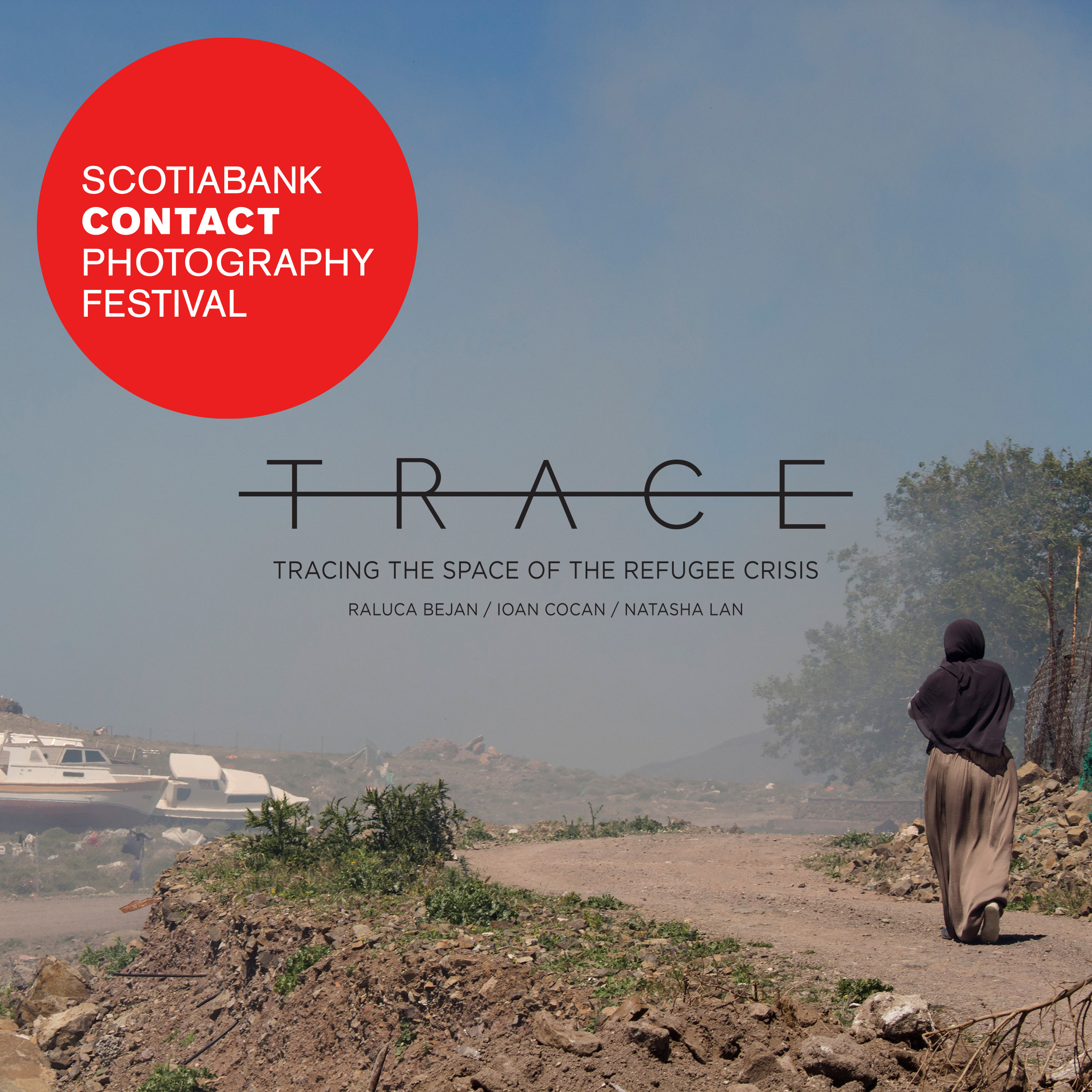 Public accounts of the 2015 European waves of migrant entries were covered through an individualizing gaze on the refugee subject. The suffering of the refugee was witnessed from a distance, as a spectacle: images of crowded tents, boats overflowing with people, children dying on the Mediterranean shores.

TRACE turns this mediatized gaze outwards and scrutinizes the “spaces” in which people seek refuge. The works play with the Derridean notion of “trace” in creating a topography of the refugee crisis through metaphorical markers: the port, the stationed border patrols, the island roads, the swimming vests.

The Scotiabank CONTACT Photography Festival, featuring over 140 exhibitions and outdoor installations by Canadian and International artists. A full list of exhibitions can be found on its website, here.

> Click here to view the TRACE documentary trailer.
> Read Raluca Bejan’s recent article “Why some EU countries are struggling to relocate migrants” in The Conversation.