Marginalized peoples have long sought and applied anti-oppressive approaches to community organizing and social action, but these collective wisdoms and actions often remain unknown to mainstream social work practitioner and researchers. Without a localized and collaborative approach to grassroots efforts, scholars and service providers lack an understanding of the full scope of tactics and efforts used to effect transformative change.

The Streams of Solidarity Project examines implicit collective wisdoms found in community-based activism led by migrants, people of colour, and people with disabilities who are battling intersecting oppressions such as racism, sexism, transphobia, ableism, classism and xenophobia. The project brings together a range of scholars, practitioners, educators, students, and community leaders to learn about the organizing efforts of those directly impacted by structural oppressions. Its goal is to document these “critical tacit knowledges” to de-centre the dominant knowledge in social work and build knowledge from the margins.

On November 6 & 12, join researchers and community leaders from the Streams of Solidarity Projects for “Bearing witness to community wisdoms for organizing and action” — a two-day event that will recognize and showcase international and local community organizing projects spanning migrant activism, Trans Latina inclusion, deep allyship with the Disability Movement in Japan, and precarious public service workers responding to the COVID-19 pandemic in Japan.

Bearing witness to community wisdoms for organizing and action

Presented by the Streams of Solidarity Project

*Working precariously during the COVID-19 Pandemic in the Neoliberal Japan: Is it possible to go beyond the stratification of public service workers and take collective action?
Viveka Ichikawa (FIFSW) &
Izumi Matsuzaki Niki (UofT Sociology)

After Q & A, there will be time for discussion among participants in either English or Japanese. 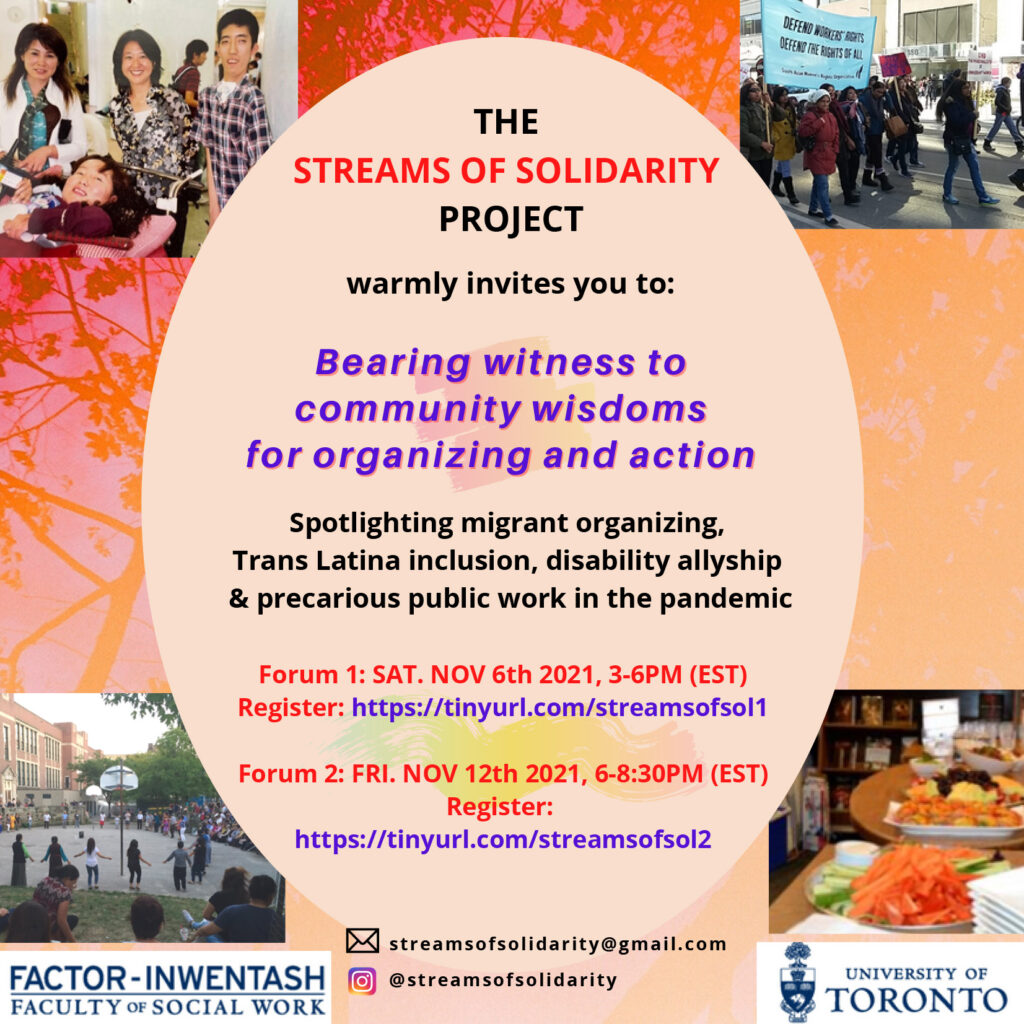